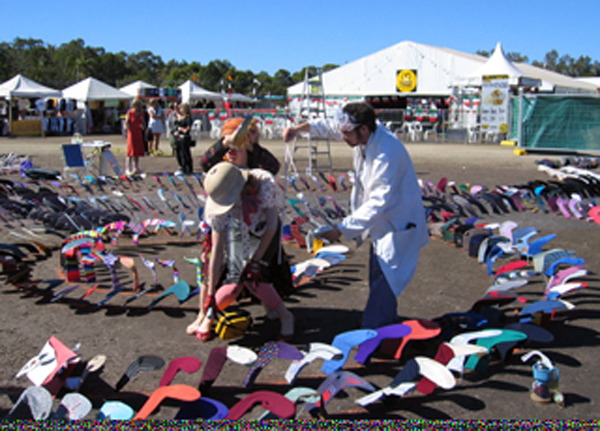 A humorous satire on the furors of fashion, media and the paranormal. The sock circles are a visual spectacle, quirky and colourful. They appear overnight, ideally on a sloping hillside, as large colourful geometric designs - with a strong resemblance to the famous Crop Circles. A closer look reveals rows and rows of odd, old and unusual socks. Where have they come from? What do they mean? What or who could've made them? With no conclusive evidence for any theory, they remain one of the most tantalizing mysteries of modern times. 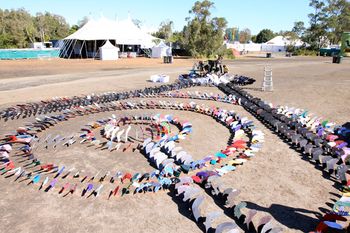 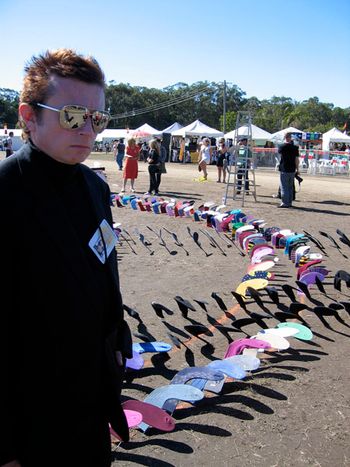 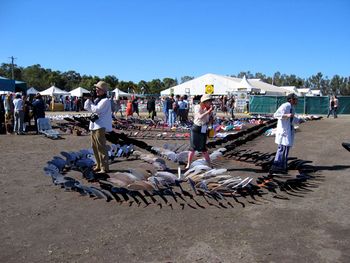 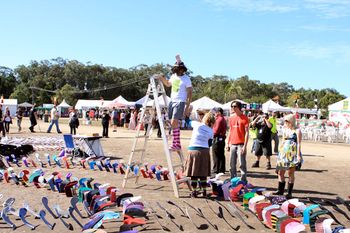 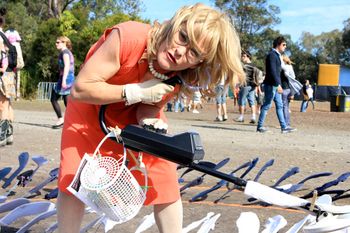 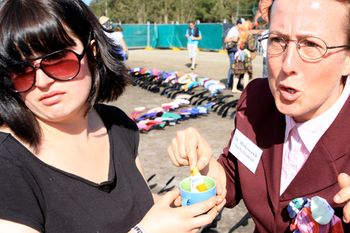 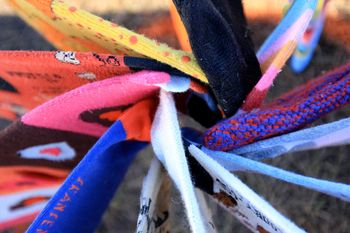 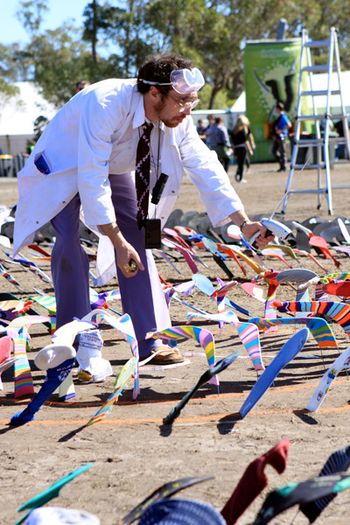 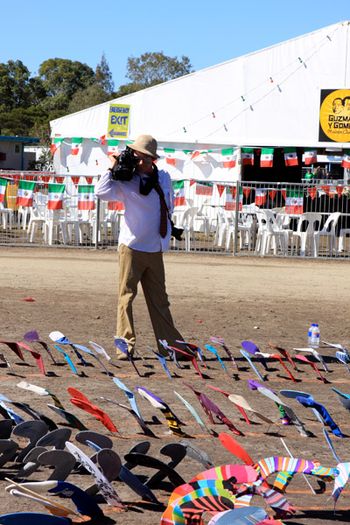 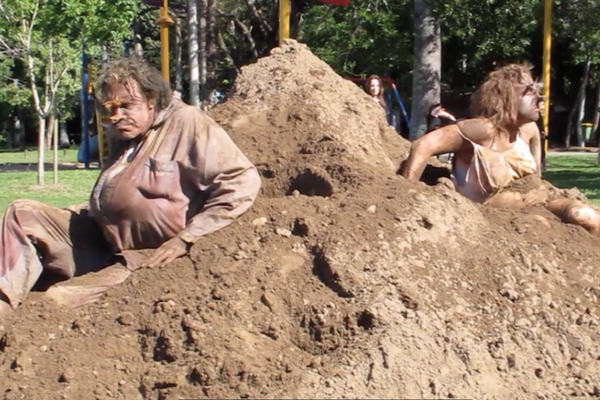 It is a metaphorical piece that speaks of the human race’s current pillage of the treasures of the earth and its fascination with the status such treasures bring.The Mud People was a theatrical installation commissioned by The Mackay Festival of Arts 2012 for its ‘Garden of Earthly Delights’ theme.

The two-hour long non-verbal piece explored the seduction of material objects and the resultant disconnection from a sustaining earth.

In the depths of a mound of fresh, raw soil, perhaps excavated from an open cut mine, two shy, solitary wombat-like creatures awaken to their new location.  The light hurts their eyes. They cannot breathe freely.  Slowly their anxiety transforms into curiosity, as they tentatively, then playfully, explore found objects that are buried in the mound around them.

Each new discovery takes them further from the safety of their simple burrow.  Soon competition, object worship and narcissism take over.  Eventually, they abandon their underground refuge to first mimic, and then join the humans, leaving behind a desolate, rubbish strewn, piece of earth. 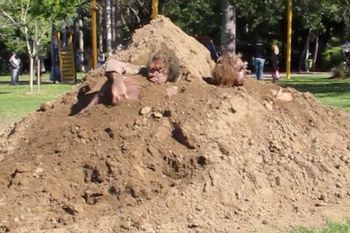